The housekeeper has always been a popular figure in literature, film and television since the age of the Gothic suspense novel back in the eighteenth century. Housekeepers play a vital role in the fictional household, many acting as confidante, surrogate parent and general pendulum that keeps the home successfully ticking over, much like our Email Mum housekeepers of today do.

Inevitably, with the advent of a new century and a more technological age, the role of the housekeeper would need toadapt if it was to survive and thrive as in former times. But as you will see, she (or he!) has continued to remain at the heart of the home across all mediums of popular culture.
So let’s see just how the housekeeper is being portrayed these days: 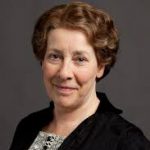 1. Heyday Hark Back – headed by the hugely popular and award-winning TV drama Downton Abbey, we’ve seen television and film harking back to the last days of the traditional, country estate housekeeper before the Great War forever changed English society and its social classes. Great characters here have included Downton’s ‘Mrs’ Hughes with her massive set of keys and managerial skills, who even sacrificed a chance at love and a family of her own in order to remain in her full-time resident role. 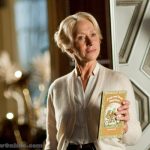 2. Reversal of the Sexes in ‘Arthur’ – not only does the inimitable Helen Mirren reprise the famous role of Hobson the butler and controller of the household in this movie remake of ‘Arthur’, the first time it’s been played by a woman, but she does so with panache and comedy genius! A modern housekeeper, indeed. 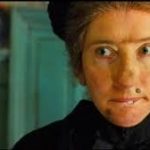 3. A New Mary Poppins – here’s a heart-warming and wonderfully original take on the traditional housekeeper role, based on the Nurse Matilda books by Christianna Brand. When this movie starts, widower Cedric Brown is at breaking point, his coffers nearly empty and his family totally out of control, when into their lives comes this magical, commanding character known as Nanny McPhee. Though she’s technically a nanny, she definitely embodies the role of housekeeper, not only advising and caring for the children but also steering Cedric to another chance at happy-ever-after. The lead characters being brilliantly played by Emma Thompson and Colin Firth helps cement the important yet sympathetic place of the housekeeper in every kind of home. 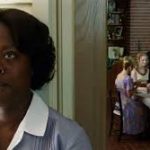 4. Housekeeper As Crusader – Kathryn Stockett takes us back to America in the 1960s with her bestselling novel ‘The Help’, where the rich Eugenia ‘Skeeter’ Phelan befriends Aibileen, one of countless black maids working in white American households and together, they expose the darker side of domestic life. Not only does this compelling story highlight the racial struggles for African-Americans back in this era but it also shines a revealing light on the condescending attitude some people hold toward those working in the care, hygiene or housekeeping industries, unfortunately still not quite abolished to this day. 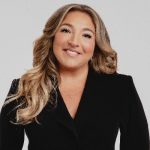 5. Jo Frost, Supernanny – again, like Nanny McPhee, this British powerhouse could also be seen as a modern day housekeeper. She’s on a mission to bring peace to households all over the world with her no- nonsense approach to childcare and discipline, and in the process, she somehow manages to help out marital and family relationships, act as mentor and guide to adult and child alike, then waves goodbye at the end of the programme, leaving behind peace, renewed self-confidence and – hopefully – happy souls! 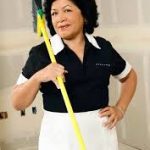 Zoila Chavez in ‘Flipping Out

6. Zoila Chavez, ‘Flipping Out’ – Zoila is full-time housekeeper and the rock in Jeff Lewis’s crazy world in this U.S. comedy series. Like all good housekeepers, she’s never fazed, no matter what life throws at the family. She’s also a cool customer with her own rules, adoring hip-hop and watching telenovelas whilst she’s working! 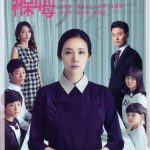 Park Bok-nyeo is a mysterious housekeeper

7. Gothic Revival – in this South Korean remake of a hit Japanese TV drama, Park Bok-nyeo is a mysterious housekeeper who will do whatever is asked of her, even – so the rumour goes – if that means murder… She acts as the catalyst for the family members, consisting of a recently widowed father and his four troubled offspring. This is the housekeeper character at her most sinister, a revival of the classic Gothic suspense role in modern times and an example of how the role has cemented itself across different cultures. 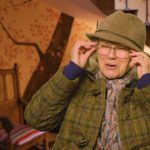 8. Part of the Family – last year’s smash hit family film, ‘Paddington’, brought the much-loved characters from Michael Bond’s books to life on screen, including the Browns’ indomitable housekeeper Mrs Bird, brilliantly played by Julie Walters. Here, we see the housekeeper as a member of the family, though she’s not actually related in any way, faithfully and stoically fulfilling the traditional functions of the role in a modern, busy household with her own brand of personality and wit.

In conclusion, it is clear from the countless portrayals in modern literature, TV and film that the housekeeper continues to hold a rare, unique and often vital position in our lives. At the turn of the last century, domestic service was Britain’s biggest employer; today, according to a 2012 Labour Force survey from the Office of National Statistics, roughly 65,000 people are still employed as domestic personnel by UK households, from royalty to retired individuals seeking that little bit of extra help in their twilight years. Nowadays, skilled housekeepers such as those on the Email Mum team take pride in being that individual who brings order out of chaos and presents the home as the sanctuary it should always be in peoples’ lives, and all with a friendly smile. No wonder so many still want them!
Email0Facebook0Linkedin0
X