mark April 9, 2020 Interesting Fun 0
Whether portrayed as a maternal figure or the quiet menace in the Gothic novels of the Victorian age, the housekeeper is always an efficient, reliable and confidential character, rather like our Email Mum housekeepers of today!
The housekeeper had featured in key roles in novels since the eighteenth century, and would continue to play a part in the Golden Age of ‘cosy’ crime mysteries by novelists such as Agatha Christie. But with the advent of film and TV, housekeepers became even more firmly entrenched in the human psyche as an integral part of a family household, taking on the additional roles of nanny, counsellor and humourist. They were also now being portrayed by men, both tough and comedic, and even by a cartoon robot!
Let’s take a look at some of these in more detail:

1. The Housekeeper in Film – Hollywood would mostly depict the housekeeper character as she appears in such Gothic suspense tales as Daphne Du Maurier’s Rebecca , where the housekeeper’s key role was used to sinister effect (see Part One for more details of this genre). This was done to such a powerful extent by director Alfred Hitchcock and others that the character eventually became clichéd, culminating in the 1974 Gothic horror lampoon movie, Young Frankenstein, from the wicked pens of comedians Mel Brooks and Gene Wilder.

2. Amelia Bedelia – the housekeeper takes centre stage in this popular series of children’s books by Peggy Parish, where the eponymous character’s role was used to comic effect by her taking and doing everything literally, such as ‘dust the furniture’ and ‘draw the drapes’! Amelia’s employers, the Rogers, have to learn to express things differently (‘undust the furniture’, for example) to avoid misunderstandings. 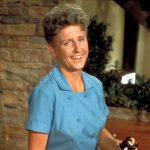 Alice from. The Brady Bunch

3. Alice, ‘The Brady Bunch’ – the popular American television series introduced Alice as the dependable, down-to-earth housekeeper at the heart of the Brady family. She keeps everything ticking over and also provides every family member with a loving, unbiased ear and sage advice whenever necessary.

Rosie the Robot – The Jetsons

4. Rosie the Robot, ‘The Jetsons’ – in this 1960’s futuristic cartoon, the housekeeper is still right at the heart of the family unit, though now she is a robot! She keeps the house clean and tidy, but like all good housekeepers, she also multi-tasks, helping Judy with her homework and teaching young Elroy how toplay baseball.

5. Mrs Garrett, ‘Diff’rent Strokes’ – again, it is the housekeeper who provides a family with more than just the necessary cleaning and other traditional tasks. Mrs Garrett, like the Bradys’ Alice, also brings this modern mixed-race family wisdom and compassion, teaching them how to stand up for themselves and what they believe in. All done with a dash of humour, the new requisite for this era’s housekeeper character.

Tony Micelli in ‘Who’s The Boss’

6. Tony Micelli, ‘Who’s The Boss’ – here we see the man stepping up to take on the traditional housekeeper’s role to brilliant effect. Former baseball star Tony is originally driven to take the job by his desire to raise his daughter away from the rough community of Brooklyn, but ends up becoming an integrated part of the Bower family through his strong approach to life and his ability to teach these lessons to those around him. 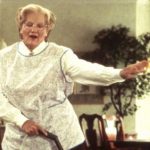 7. Mrs Doubtfire – Hollywood once again embraces the pivotal role of housekeeper, though with none of its former dark undertones, in this 1990’s family comedy in which Robin Williams disguises himself as the elderly Eugenia Doubtfire and takes on the role of housekeeper and nanny at his ex-wife’s home, in order to spend more time with his children. 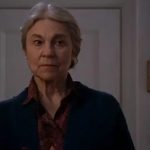 Magda from Sex The City

8. Magda, ‘Sex & The City’ – as one of the only really parental figures in a show famed for its candid views on modern relationships and the roles of the sexes, Magda brings an old-fashioned motherly element to Miranda’s household, the very thing which the modernist Miranda wanted to avoid. But over time, the two very different women will learn to accept and appreciate how modernity and tradition can work together to create a happy, efficient household. 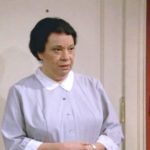 Rosario from Wil and Grace

9. Rosario, ‘Will & Grace’ – The role of so-called subservient is brilliantly portrayed in this long-running comedy, enforcing once again how housekeepers so often prove indispensible. Rosario is general factotum and problem-solver to the filthy-rich Karen, whose pretense of trying to keep Rosario ‘in her place’ and Rosario turning the tables is one of the continual comedic threads of the series. In reality, the two share a love and respect that matures as they do, and like many who welcome a housekeeper into their lives, Karen relies on Rosario not just for her professional role, but as a friend.
In the last part of this series, we will see whether the popularity of the housekeeper has survived into the present day, and if so, in what form…
Email0Facebook0Linkedin0
X