Housekeepers in Popular Culture – Part One

Just like the stoic, efficient butler or gentleman’s valet, the housekeeper has her special place in popular culture. But unlike her male counterpart, her image has shifted a little through the ages, due to the impact of certain literature or TV characters of the times.
From the no-nonsense Mrs Medlock to the terrifying Mrs Danvers, housekeepers have played important parts in some of the most popular stories of the last two hundred years. Sometimes a maternal figure, more quietly menacing in Gothic and suspense novels, the housekeeper is always a loyal member of the household; efficient , reliable and confidential, rather like our Email Mum housekeepers of today!

Here’s a look at some of the most enduring housekeeping literary characters: 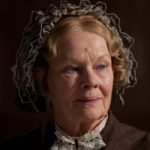 1. Mrs Fairfax – the motherly housekeeper and distant relation of Mr Rochester in Charlotte Bronte’s Jane Eyre. It’s Mrs Fairfax who is Jane’s comforting companion and ally at Thornfield Hall when she goes there as a young governess. She tells her about Mr Rochester and his life, as well as trying to keep her safe from the mysterious doings at the Hall. She’s in marked contrast to the shifty, secretive Grace Poole, who turns out to be mad Bertha’s nurse and acts as an opposite to kindly Mrs Fairfax, a literary device of using two characters to demonstrate two opposing strong forces, such as good and evil. 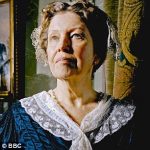 2. Mrs Rouncewell – long-serving housekeeper of Lord and Lady Dedlock at their country estate of Chesney Wold, in Charles Dickens’s Bleak House. Possessing all the attributes of the true indispensible housekeeper, both of Mrs Rouncewell’s sons are integral to the complicated plot, making her, in her own way, invaluable. 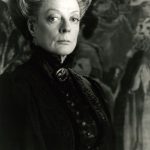 3. Mrs Medlock – being in charge of a lonely old manor house on the Yorkshire moors, whose very walls are haunted by the living relatives of a lady who died too young, requires a character of some resilience with a strong sense of duty. Enter Mrs Medlock, housekeeper of Misselthwaite Manor in Frances Hodgson Burnett’s The Secret Garden. A stout, no-nonsense individual in constant terror of young heroine Mary stepping out of line and upsetting ‘the master’ or any of his strict rules, Mrs Medlock is at first almost Mary’s jailer then gradually comes to see she holds the key to unlocking the family, and therefore the manor, from its unhappy past. Like all good housekeepers, she is at all times steadfast, reliable and completely loyal to the family. 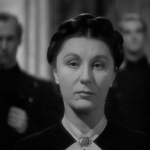 4. Mrs Danvers – probably one of the most sinister of literary housekeepers, Mrs Danvers is the former lady’s maid and confidant of the infamous Rebecca in Daphne Du Maurier’s compelling novel of the same name. In a story where suspense is as thick as a London smog, it’s not surprising that the main link with Max de Winter’s mysterious past marriage to a character so powerful, she haunts the new young Mrs De Winter from beyond the grave, is also just as potent in her own right. Still in charge of the household at Max’s beautiful estate of Manderley, she manipulates and haunts the heroine, using cruel mind games and tricks to make life unbearable for her. This is the housekeeper’s power and knowledge of the family they serve displayed at its utmost evil, through a warped love and duty to a former mistress. 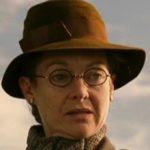 5. Mrs Macready – Though she only appears at the beginning and briefly at the end of the story, the daunting and disapproving Mrs Macready still manages to make an impact in C.S. Lewis’s The Lion, The Witch and The Wardrobe. It is she who looks after the needs of the old professor and his ‘house full of antiques and treasures’, also acting as his tour guide so he’s not unduly disturbed. And she is integral to the plot in that it is to avoid ‘the Macready’ that the children run and hide from her, and thus find the door into Narnia, where all their adventures begin.

6. Mrs Hudson – yes, technically she is Sherlock Holmes’s landlady, but Mrs Hudson deserves an inclusion here not only because she is so famous, but that if it wasn’t for her –albeit sometimes begrudging – cooking and cleaning for Holmes, the most ingenious detective of all time might have died of starvation! It’s worth noting here that in the latest reincarnation of the Sherlock milieu, Mrs Hudson, played by Una Stubbs, repeatedly points out to both Holmes and Watson that she is Holmes’s landlady, not his housekeeper, so the roles have obviously been blurred in people’s minds… 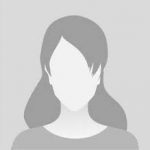 7. May ‘Maxwell’ – even superhuman spies need a housekeeper! May is James Bond’s elderly Scottish housekeeper, reliable and confidential to the core, of course, who pops up in a number of the novels. She is said to be named after the real-life May Maxwell, the housekeeper of Ian Fleming’s good friend, though there is some dispute over whether her surname is ever used in the stories themselves. So there we have it, a brief look at the roles, often influential, that housekeepers have played in stories from the nineteenth and early twentieth centuries. In the second part, we will see that with the advent of film and television, they would once again be pivotal in many plots, though in rather different ways…